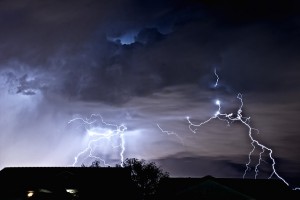 To say the weather has been hot recently comes as an understatement. With many months of waiting for a proper summer, it looks like it is well and truly here. Over the last couple of weeks we have experienced the longest heat wave since 2006 which is perfect for those who are planning on taking a staycation. END_OF_DOCUMENT_TOKEN_TO_BE_REPLACED

Most of the country has experience serious and continuous downpours over the last 36 hours and they are expected to continue to threaten many homes as rivers break their banks.

The Met Office issued another weather warning this morning as there was 60 mm of rain falling on already saturated ground across Wales and South West England.

Due to the severe weather, Thames Water, Anglian Water and Southern Water will lift their hosepipe bans tomorrow which have been in place since April. The bans were put in place after two consecutive dry winters. A spokesman for Thames Water said, “We have had two-and-a-half times the average rainfall for April, we have had steady showers in May and the monsoon downpours in June. That’s changed things.”

There have been four flood warnings put in place by The Environment Agency on rivers in Bedfordshire, Hertfordshire, Buckinghamshire and West Sussex. Emergency services in these areas had to help 250 people and rescue centres have been set up where flood water has risen to 6ft.

Many roads resemble rivers now due to the torrential rain and have left cars floating away. The A259, which is near Bognor Regis, and parts of the M3 in Hampshire have been effected which means many closures.

As England has been in drought for the last two years, all this rain has meant that only average levels have actually been reached. This is helping to build up water stock as we experienced the driest March for 70 years this year. Just when we thought summer had come early and we all started to switch our air conditioning units on; we had to turn them off just as quickly.

Today there is predicted to be even more, slow moving, showers across the country although it does seem to be moving north. The chief forecaster at the Met Office, Andy Page said, “Due to the nature of showers, some areas will miss them altogether, but where they do occur, large amounts of rainfall are possible in a short space of time which has the potential to cause flooding.”