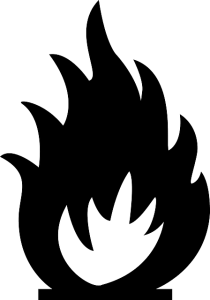 Despite the plans for the future they haven’t been holding back this year and have launched the fourth generation of the VRV. It is a heat recovery system which, Daikin are claiming, will provide an extra 28 per cent efficiency compared to its predecessor. END_OF_DOCUMENT_TOKEN_TO_BE_REPLACED 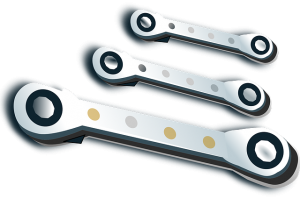 If you are a building owner and you manage an air conditioning system it is important for you to know if it operates a cooling capacity above 12kW or not. This is because if it does there are statutory obligations that need to be adhered to in accordance with the Energy Performance of Buildings Directive. This means that air conditioning inspections need to be carried out regularly by professionals that are accredited and qualified.

The reason that your air conditioning unit needs to be inspected and serviced is to improve the efficiency by reducing the consumption of energy, improving the operating costs and reducing the amount of carbon emissions that are produced. Whilst there are plans for the R22 refrigerant phase out, this is restricted on older units so if you have a unit that cannot use the R22 alternative you may want to consider updating your system in order to improve your efficiency long term. END_OF_DOCUMENT_TOKEN_TO_BE_REPLACED

Seven years after hurricane Katrina devastated New Orleans, it looks like the people here are going to have to face Isaac.

The tropical storm reached hurricane strengths earlier on yesterday as it had winds of 80mph when it hit the cost less than 100 miles away from New Orleans. Today it has hit land again near Port Fourchon with the winds still of the same speed.

Isaac is a category one storm and although it isn’t as powerful as Katrina was there is a threat of flooding to the coasts of four states, with torrential rain and high winds.

Since Katrina hit there have been significant improvements to water defences in New Orleans which should stop another situation of the same scale.

Many people have decided to leave to find some safety although there has been no formal evacuation order. This is a result of Katrina, people just won’t risk it. However, some residents in Louisiana have been told to leave.

This means leaving behind, homes that will be boarded up to protect what is inside including air conditioning units. It could be expensive to replace them on top of everything else that may get damaged.

The mayor of New Orleans, Mitch Landrieu has said, “Do not let this storm lull you into complacency- that would be a terrible mistake.

“We have dodged one bullet in the sense that this is not a category three storm but a category one at this strength from 85mph to 100mph winds with a 125mph gust is plenty big enough to put a big hurt on you.”

Examples of thefts across the USA include Illinois State University, where 56 air con units were stolen and a church in Houston that had been a cool refuge, had its nine huge air conditioning units gutted and stolen for its copper. The New York Times said that the damage amounted to $60,000 for what was worth about $400 worth of scrap metal. In Georgia, police stopped a van and discovered 6 air conditioning units inside, and arrested 3 people shortly after.

But there are a few things companies and organisations can do to make their air conditioning units less of a target – summers not over just yet!

Build a fence – A fence with a padlock could be installed around the air conditioning units to deter thieves (remember to leave enough space for maintenance and servicing!)

Build a cage – Air conditioner cages could be anchored to the ground to stop thieves from stealing the cage and the air conditioning units inside.

Get an alarm – A professional could install an alarm on the working parts of the unit so that it makes an alarm if taken apart.

Install lights – Another idea would be to add security lighting to deter thieves as well as alert people who are around the building.

Taking these precautions could not only help protect your air conditioning units from being stolen, but could also deter thieves from damaging your property or stealing anything else from your building.