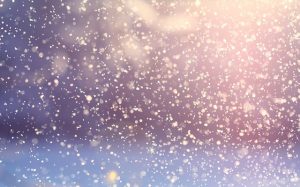 With energy companies increasing their prices yet again this winter it is important to save money where you can whilst also staying warm in your home so we have put together some tips of what can be done to save money and be more environmentally friendly. Being “green” is an overused term to the point where people think everyone is doing it so maybe it doesn’t matter if you don’t recycle that plastic bottle or switch the light off when you leave the room because everyone else is. Well it is important that we all do our bit and save money in the process.

If you have your heating unit tuned up once a year this will help it run more efficiently and therefore reduce your energy usage, saving the planet and the pennies. It is also a good idea to have your air conditioning serviced annually too for the same reasons. END_OF_DOCUMENT_TOKEN_TO_BE_REPLACED 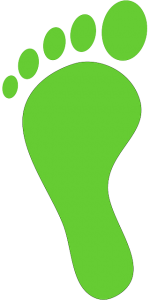 Greg Barker is the Energy and Climate minister and has outlined new plans by the Government which will help aid the Green Deal and Renewable Heat Incentive which will come to fruition in 2014.
The Green Deal is the initiative that helps business and homeowners save money on their energy bills. Some of the ways of doing this are having any old insulation replaced, draught proofing, installing double glazing among other things. Other great way to save money is to have your air conditioning unit serviced this winter. This will ensure that when it comes to next summer your unit is running efficiently, not wasting money and you have no nasty surprises when you next want to switch it on.

The Green Deal is in place so homeowners and businesses can make energy-saving changes without having to pay all of the costs up front. The government will lend you the money for the changes and then over time repayments can be made. The theory is that the money you save on the bills will help you repay the loan. END_OF_DOCUMENT_TOKEN_TO_BE_REPLACED

The energy event is coming closer and closer! It is being held on the 11th and 12th of September at the NEC in Birmingham.

The organisers are claiming that the event will help organisations with managing their energy usage as the pressures are growing on businesses to be more environmentally friendly.

Those who are attending the event will hear in depth talks from a variety of companies and learn first-hand knowledge how companies reduced their energy bill. EcoCooling are a global supplier of evaporative coolers and they helped Net-A-Porter.com save there refrigeration costs by 90 per cent within their warehouses.

As well as EcoCooling, all major energy companies will have a stand on the show floor to answer any questions.

There will be four theatres holding many conferences including information on the latest technologies, case studies and concepts. Within the sessions there will be solutions based on energy management, energy efficiency and even types of products and services to use.

Belimo will also have a stand at the show. They are leading worldwide when it comes to actuator and valve technology for heating, ventilation and air conditioning systems. They will be offering their products and they have a great reputation for value for money. Their valve measures, controls and balances systems so this means that the systems that it is used within can be optimised and therefore will improve energy efficiency. This in turn will also lower the costs of operating the systems.

Panasonic has raised the bar for green appliances by launching its new technology, Econavi.

Appliance Trader Limited (ATL), the dealers of Panasonic air conditioning in Jamaica explained in a news release that Econavi is precision sensor technology and program control software that will help save energy. It does this by adjusting appliances according to usage and environmental conditions.

The software can be used on a variety of appliances found in the home including, fridges, microwaves, washing machines and air conditioning units.

John Walter, the Commercial Operations Manager at ATL said: “The Panasonic Econavi air conditioner boasts one of the largest energy savings in its class in the world today, up to 30 percent.”

The reason it is such a huge energy saver is that it has a powerful sensor, which detects airflow according to the level of movement in the room and as a result self adjusts. Walter also added: “This technology, undoubtedly, is a stellar plus for our local market where energy bills are considerably exorbitant and fickle.”

Panasonic has a goal of becoming the world’s number one in green technology by 2018, which is its 100th anniversary. They are well on their way to achieving this as they expect to make 60 percent of its revenue from its environmentally safe products.

Hiroki Kaji, the President of Panasonic Latin America said, “The environment is a key factor in all our business activities and we can encourage eco-innovation”.

Newcastle International Airport has taken energy saving very seriously. They are proud to announce 2010 as their successful green year. 2010 saw staff operating the airport in a fully sustainable manner; they were able to take part in a number of initiatives that improved environmental practices.

Airport staff increased the number of recycling bins and found ways to cut energy use. Energy saving also covered their use of heating and air conditioning. Their dedicated energy team are constantly finding ways to improve eco-friendly initiatives.

The U.S government have been working with the Department of Energy, (DOE) they have released an air conditioning unit that could save the country a lot of money! This highly efficient AC unit is to be placed on a rooftop, potentially saving electricity, especially on commercial properties. A PDF summary has been released.

This air conditioning unit has taken over a year to declare successful. The organisation have planned webinars and posted in forums to target interested manufacturers. The DOE have stated:

“High-efficiency rooftop units, when built according to the criteria of the new specifications, are expected to reduce energy use by as much as 50 to 60% compared to the current ASHRAE 90.1-2010 standard, depending on location and facility type.”

This has attracted buyers for manufactures who will ‘receive assistance in designing, constructing, measuring, and testing the new air conditioner units produced to this specification,” said the DOE.

Our knowledge of this is currently quite limited. Will this product be coming to the UK? GT Refrigeration air conditioning blog writers plans to find out more!

A simple explanation to describe the way air conditioning works is ‘it cools the air and removes dust and dirt through a filter. This lowers humidity and makes the temperature of the air comfortable to be in’. Although this is a fantastic solution to warm, hot and sticky days it will also account for most of your house hold budget.

I have researched and found various ways you can save energy and money through air conditioning, the first most important step is to buy a reasonable sized air conditioner for your property.

Unit size is important because if you choose one too big for your room it will not work as effectively. Cooling the room down way to quickly and making you feel cold and uncomfortable. Turning the unit on and off frequently wastes electricity.

A unit too small can get over worked and still will not cool your room down. You will probably have this on all the time, again it will waste electricity.

Size is one of the most important factors to consider, the best thing to do is seek a professional opinion before having anything installed.

Always make energy efficiency an important factor to consider. If it’s higher priced it is considered a great purchase because the cost to operate it is less.

If you are installing your unit or hiring a professional make sure all specific installation instructions are followed carefully. An improperly installed product can waste a lot of energy and electricity. You will need to ensure your electrical system meets the correct requirements and is not exposed to the sun. Install on a even surface that is flat.
If you are not sure about any of the above always consult a professional.

Clean and replace air filters, if they get to dust this can effect the way your unit works and waste electricity. During the colder season, cover your unit and store away.
Make sure furniture does not obstruct the air conditioning vents, it needs space to work.