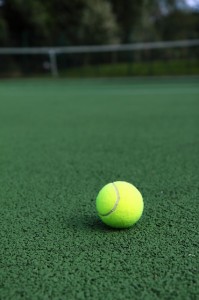 Everyone’s heart stopped on Sunday during the Wimbledon Men’s finals when Andy Murray became the first British man in 77 years to win the title. Since then there have been reports that it was the hottest final ever with temperatures reaching 49.8C in direct sunlight.

Both Murray and his opponent Djokovic looked exhausted from very early on in the match and this is partly due to the intense heat in which they were faced with. They had to keep cool with drinks and ice and they both wore baseball caps for much of the match as temperatures did reach 122F.

Police actually put a warning out to those who were watching the match to keep hydrated and find some shade during the scorching temperatures. Even though the fans were warned, there were still 79 people that were treated by the St John ambulance for heat related issues including, sunburn, heat exhaustion and dehydration.

There were water fountains however many had large queues so many opted for the Pimms instead to keep cool, no doubt this added to the excitement and cheers of the win. Many at centre court were fanning themselves with programmes in a bid to keep cool. It was also suggested that officials moved the roof forward slightly to create some shade. Many on Murray Mount found shelter under union flags and sun umbrellas to try and cope with the heat.

As temperatures reached these highs, we hope that next year they will consider an air conditioning system to help make it more bearable.

Most people who experience heat close to 50C tend to stay in their homes as it is too unbearable and dangerous to be in this for too long. In the southwest dessert area in America temperatures can reach 52 degrees on a regular basis and there aren’t many who brave the streets at this temperature. Having said this though there are around 500,000 people that live in these conditions due to other benefits that come with living in the area. If their cooling systems fail during this time, many are forced to heat to the mountains for some protection.

As these are the reactions of people who have to live in these temperatures, we can only imagine how Andy Murray and Novak Djokovic managed to play the Wimbledon final in the heat.