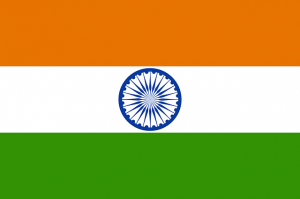 Last week there were global climate talks in Paris and the outcome was that India are leading the way in terms of refusing to sign up to the proposed HFC phase-down. However, they didn’t just refuse, they of course had reasons to justify their decisions. Prakash Javadeker is the environmental minister and voiced the reasoning behind their decision to refuse the proposal.

As a country, India believe that they have carried out everything that has been required of them for the Montreal Protocol up until now. India believes that developed countries have encouraged them to turn HCFCs into HFCs. “India has made a huge contribution to the success of the Montreal Protocol and… successfully phased out CFCs and other ozone depleting substances well in time and its phase out of HCFCs is proceeding with due diligence. We have also helped other countries to come out of these substances.”

India also wants answers as to why they were not warned about the Global Warming Potential (GWP) of HFCs earlier as they know now that they have a very high GWP. “The joint statement between our Prime Minister Narendra Modi and US President Obama has emphasised that we should study the issue with priority and take appropriate action. Buy first of all we have to understand why did we land in this problem? We have had the help of thousands of experts, who warned us on this for decades – so why are we in this problem? Developing countries were given technologies and financial assistance by the developed countries to adopt the alternatives which are mainly HFC based. So the question is: who is it reasonable for the proliferation of HFCs today?”

India currently have a huge demand on their energy supplies and in changing the refrigerants this will increase energy consumption. “HFCs are not the issues of elites and scientists. They are the issues of common man, farmers and emerging middle class who need refrigeration and AC at affordable cost and with energy security… Hence it is not only the emissions of HFCs per se is the key problem, by the energy use of the equipment and appliances using alternatives to HFCs that is in fact more important.”

India are now looking for the promise of investment to enable them to move to other refrigerants. Mr Javadeker continued, “Lots of time is being wasted in debating, but we still do not know the statistics of what efforts are being done and how the HFC phase down is occurring in other countries… There are no specific offers of technology transfer, technology demonstrations and technology cooperation for the developing countries, except reports and presentations.”

India also wants those that produce the refrigerants to be more open about what their alternatives are to low GWP gases. “IPR, patents and confidentially are the arguments still used by the developed countries, for the issues that would lead us to climate disaster. What is the use of those confidentiality and IPR issues if all of us are getting drowned out together due to global warming? Do not play cards so close to your chest, that you yourself cannot see your future.”

India didn’t just make criticism of the proposal, they did also make some suggestions. At the core, they want help from developed countries and this means knowledge and cash.