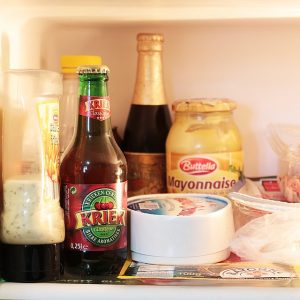 However, as you and everyone else is well aware of, it has been discovered that the refrigerants used in the refrigerators is not the most environmentally friendly. Paul Alway is the refrigeration specification manager at Marks and Spencer and he explained: “Over the years, society came to understand the atmospheric (ozone layer) impacts of refrigerant gases such as chlorofluorocarbons (CFCs) and hydrochlorofluorocarbons (HCFCs) and the threat they pose on the ozone layer.

“Following a total ban, industry moved primarily to hydrofluorocarbons (HFCs), but these have now been identified as a growing source of greenhouse gases (GFGs), responsible for accelerating global warming. Unabated, they could represent 10% of all global emissions by 2050.”

Improvements have been made to refrigerants in order to make them more environmentally friendly and government and European laws have ensured that this is the case across Europe. It is now common practice for businesses to take an active interest in reducing their carbon emissions as a result of schemes initiated by the government.

Mr Alway continued, “It would have been wasteful economically and environmentally to scrap existing HFC based refrigeration kit that might have another 20 years of life. So recognising the need for a rapid reduction in our refrigeration carbon footprint our first response was to switch to another HFC gas with a lower GWP as an interim step.”

As a result they decided to use the refrigerant R407A which has a GWP of 2017 which is 50 per cent less than the refrigerant they had been using previously. The GWP of a refrigerant indicates how much carbon is released in relation to each kilogram of refrigerant.

It is expected that the cost of HFCs are likely to increase in 2018 when new legislation comes into play which will hopefully encourage businesses such as Marks and Spencer to continue to use refrigerants that are more environmentally friendly.

Mr Alway added, “Collaborating with the supply chain on bringing forward eco innovation, the food industry is also looking closely at very-low-GWP next-generation refrigerants called hydrofluoroolefins (HFOs), as well as how refrigeration systems can be used both to heat and cool stores, so saving energy.”