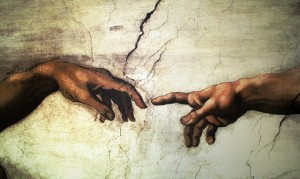 The Sistine Chapel is world famous and as it has grown in popularity in terms of visitors the air conditioning and lighting systems have had to be upgraded to ensure the frescos are preserved.

Currently the amount of people that visit each year pose a threat to the precious paintings so it was vital the temperature was kept at a constant so more visitors can enjoy the paintings for years to come.

Work was carried out on a brand new heating, ventilation and air conditioning system for the Chapel to ensure that the works of art created by Michelangelo did not deteriorate. The Vatican Museums have said that the new system was installed by Carrier who are an American air conditioning company and they have installed a system that had minimum noise and would limit the amount of air movement around the paintings.

Carrier had installed the original system back in the 1990s but was put in place with a far smaller number of visitors in mind as back then there were only around 1.5 million visitors a year however, last year saw 5.5 million visitors. The Vatican believe that the new system will be more efficient and willhave three times the amount of capacity compared to the previous system.

Rev Rafael Garcia de la Serrana Villalobos is the Director of Vatican City’s technical services and he has said that the system was “the right response to our urgent need to establish a highly controlled microclimate” within the Sistine Chapel.

The most popular part of a trip to the Vatican Museum is the Sistine Chapel which not only is home to the most famous ceiling in the world but also the fresco that is on the altar wall of The Last Judgement.

The amount of visitors each year to the Sistine Chapel is not restricted, only during conclave and during this period the only people allowed in are the cardinals who are electing the new Pope.

Antonio Paolucci is the Director of the Vatican Museums and he wrote in the Vatican newspaper that the Sistine Chapel was likely to become a victim of its own success because of the vast amount of visitors.
“Such a huge load of people produces a mixture of dust brought in from the outside, bodily humidity and carbon dioxide which ends up on the surfaces of the frescoes and can over time start to have a harmful effect on their preservation.” He also commented on the amount of time that the project took to put in place – it was three years of studying the environment to ensure that they could “guarantee the Sistine Chapel to breathe again.”