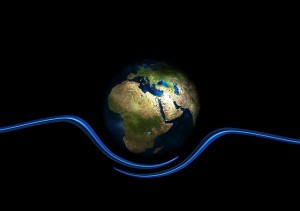 There has been a lot of talk during the year about F Gas rules and now it has been confirmed that the regulations will be here in January, it is important to understand all the details so not to be caught out. This will ensure that you aren’t taken by surprise and you can take steps to plan accordingly.

Ray Gluckman is the technical director at Enviros and he has worked with those making the policies surrounding F Gases. He has suggested that the timing of this particular phase down will give companies a false impression to what is going to happen in January.

He continued to say, “People need to make themselves aware of the debates immediately so they can get planning. Some of the headline dates such as 2022, are mainly for supermarkets. However there’s a fear that people are going to carry on as normal, when lots of progress has to be achieved by 2018.

The first reduction target for HFCs is only 7 per cent by 2017 which is very small compared to the cuts required by 2018 which is a total of 37 per cent. The legislation has been passed by the European Government and they are aiming for an overall reduction target of 79% by the time we reach 2020.

Mr Gluckman also suggested that the biggest change to come for businesses is leak detection. The threshold for compliance is going to become much lower which will mean that businesses that have not had to comply in the past will have to have checks for leak detection in the future.

The reason that the regulations have been put into place is because F Gases (Fluorinated Gases) are manmade and can actually stay in the atmosphere for centuries and are therefore contributing to the greenhouse effect. The one that is the most common is the HFCs that are used in commercial and industrial refrigeration as well as heat pumps and air conditioning but are only damaging if released into the atmosphere. There have been regulations launched in the past to reduce the amount of gases that are launched into the atmosphere and the plans in January will further these regulations.

It is important to understand what the changes are going to be and how they will affect your business, whether you are an air conditioning engineer or you have a unit running in your office.